This afternoon 5th District Patrol Officers were in the 1500 block of North Capitol Street NE when they attempted  to make contact with a suspect who was possibly armed.   The suspect immediately started running towards  P Street NE where another 5th District Patrol Officer was able to stop the suspect. Because of the sharing of information with citizens we were able to recover a loaded  Semi-Automatic Ruger 9mm.  The 34 year old suspect was charged with Felon in Possession of a Firearm. It should be noted that this suspect has been arrested 3 previous times for Carrying a Pistol without and License. Additionally this suspect has been charged with Assault with a Deadly Weapon Gun on two prior occasions.  GREAT WORK 5th District Patrol Officers for safely apprehending this suspect!!! 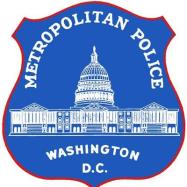