Only the MPD firearm recovery in the Truxton Circle area is included below. 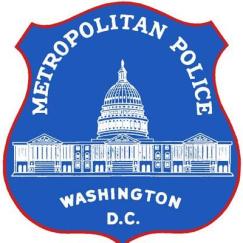 (Washington, DC) – Every day, the Metropolitan Police Department works to recover and investigate illegal firearms in Washington D.C.  In addition to our patrol officers, the Department has specialized units—such as the Gun Recovery Unit (GRU), Narcotics Enforcement Unit (NEU), and Crime Suppression Teams (CSTs)—who work tirelessly to safely and respectfully secure illegal firearms and get them off of our streets.  From Monday, June 3, 2019, through Monday, June 10, 2019, MPD detectives and officers recovered 28 firearms in the District of Columbia.

Note: This is not a comprehensive list of all guns recovered in the District of Columbia.

·       A Jimenez Arms .9mm caliber handgun and a Masterpiece Arms .9mm caliber handgun were recovered in the Unit block of O Street, Northwest.  The following person was arrested: 27-year-old Brandon Coleman, of Northeast, D.C., and 32-year-old Benjamin Michael Johnson, of Southeast, D.C., for Felon in Possession, Carrying a Pistol without a License, Possession with Intent to Distribute a Controlled Substance, and Possession with Intent to Distribute Marijuana.  CCN: 19-980-087

It is one of MPD’s main goals to safely remove illegal firearms from DC streets to reduce crime and the fear of crime in the community.  The responsibility to recover firearms falls on the -shoulders of all MPD officers.  We also thank members of the community for their help in creating safe neighborhoods.

The Metropolitan Police Department also recovers firearms with the assistance of anonymous tips made through MPD’s anonymous tip line.  Anyone who has information regarding gun recoveries should call police at 202-727-9099.  Additionally, information June be submitted to the TEXT TIP LINE by text messaging 50411.  The Metropolitan Police Department currently offers a reward of up to $2,500 to anyone who provides information that leads to the recovery of an illegal firearm hidden in the District of Columbia.