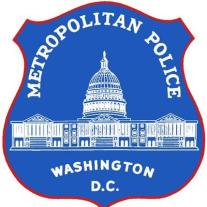 (Washington, DC) – Every day, the Metropolitan Police Department works to recover and investigate illegal firearms in Washington D.C.  In addition to our patrol officers, the Department has specialized units—such as the Gun Recovery Unit (GRU), Narcotics Enforcement Unit (NEU), and Crime Suppression Teams (CSTs)—who work tirelessly to safely and respectfully secure illegal firearms and get them off of our streets.  From Monday, September 9, 2019, through Monday, September 16, 2019, MPD detectives and officers recovered 34 firearms in the District of Columbia.

Note: This is not a comprehensive list of all guns recovered in the District of Columbia.

·         A Sig Sauer P-250 handgun was recovered in the Unit block of O Street, Northwest.  The following person was arrested: 22-year-old Anthony Develle Davis, of Southeast, D.C., for Carrying a Pistol without a License, Possession of Unregistered Ammunition, Possession of an Unregistered Firearm, and Resisting Arrest.  CCN: 19-164-130